Youth Advocacy Forum in the Barangays

Together with certain Barangay Local Government Units, ZABIDA co-hosted a Youth Forum for the whole month of September for youth in the communities.  The activity focused on the role of the youth in the nation-building.  Of particular concerns were the Sangguniang Kabataan (SK) Reforms Law and Upcoming Elections, Climate Change Adaptation, and Illegal Drugs Awareness. […]

Some 100 elementary teachers from Tugbungan Elementary School had a fun-filled morning after they had undergone team building activity courtesy of Peace Advocates Zamboanga (PAZ) and its youth arm Youth Solidarity for Peace (YSP) on Wednesday, October 26. The school tapped PAZ and YSP to conduct the Team Building Activity as they are holding their […] 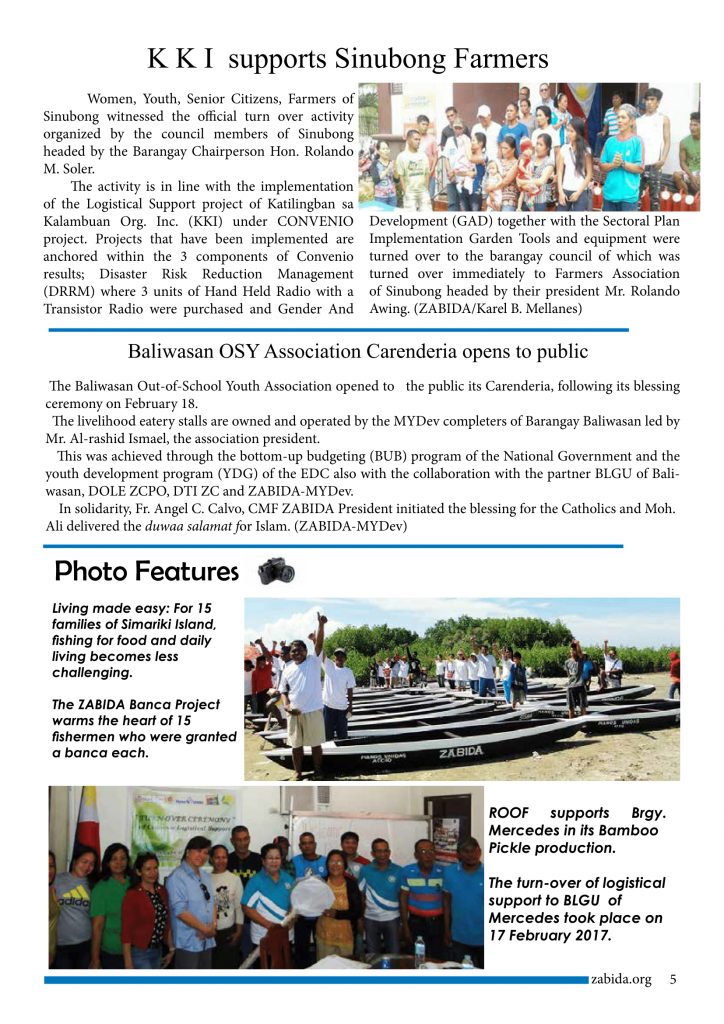 Despite of a rainy Friday on October 28- this day still marked the blessing of 50 household-communities of Sama-Badjao tribes from Rio-hondo. This is because; it is an initial turn-over of 30 bancas out of 50 that are being supported by ZABIDA in the historical place of Simariki Island, Barangay Talon-Talon. Through the assistance of […] 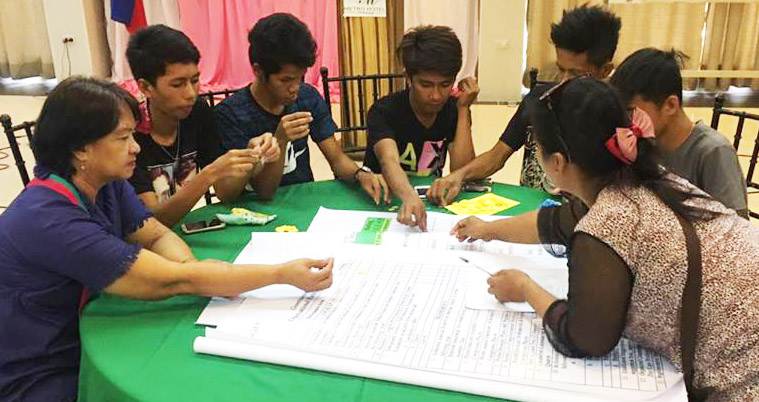 In proportion to the celebration of Claret School of Zamboanga City’s (CSZC) 50 years as an institution, Zamboanga-Basilan Integrated Development Alliance, Inc. (ZABIDA) has been recognized as one of their “Partners in Mission” during the recently concluded Gawad Alab ng Puso Awards Night at Garden Orchid Convention Center. The said Awards Night also recognized the […]

ZABIDA Met with the Rotarians

ZABIDA and the partner barangay from La Paz were invited as honorary guests during the Regular Meeting of the Rotary Club of Zamboanga City West, held last October 18, 2016 at Lantaka Hotel by the Sea, this city. The meeting with the Rotarians conveyed an opportunity for ZABIDA to discuss and present with the crowd […]

As the Internal Peace and Security Plan (Bayanihan) comes to close this 2016, ZABIDA as Bantay Bayanihan local convener administered Focal Group Discussion and Key Informant Interviews to facilitate assessment to determine the changes in structural and system-processes in the AFP organization. Conducted last October 20 at a local hotel in the city, the assessment […]

The Out-of-School Youth Development Alliance (OSYDA) in coordination with the JCI- Zamboanga chapter, the City Government of Zamboanga and CityMall- Tetuan, spearheaded the 1st Festival de los Jovenes last October 21, 2016, at the City Mall activity ground. This activity is one of the highlights of the Zamboanga Hermosa Festival 2016. It intended to showcase […]

To further carry on with what was started in Barangay La Paz’s Tree Park, ZABIDA, in partnership with the BLGU officials of La Paz, initiated a Strategic planning on the development of the barangay’s Tree Park which is eyed as the Eco-tourism park of the city on October 15 at the Barangay La Paz barangay […]

ZABIDA Staff Gear Up for DRRM-CCA

Knowledge of Disaster Risk Reduction Management and Climate  Change  Mitigation  and  Adaptation has  become required for ZABIDA Staff.  To enhance their awareness  and  knowledge  about  the  abovementioned topics,  ZABIDA  conducted  a  staff  development activity on September 30, 2016. Inputs were provided by resource persons led by Dr. Ed Bisquera of theOffice of City Environment and […]

The date, OCTOBER 2, 2016 is an ATHLETIC EVENT; A WALK, RUN AND BIKE FOR A CAUSE that was conducted to earmark one of the celebrations of the KKI Legacy for its 20th year in existence. The activity aimed to raise fund for the renovation of the Katilingban Center for Leadership and Governance (KCBL) located […]